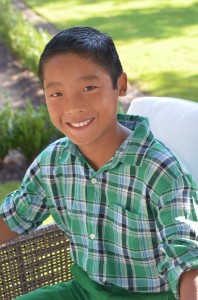 It’s time to knock the dust off this blog and document the journey to our son, James Ning Portis aka Jim! Last summer we participated in a pilot orphan hosting program from China ( opinions on which I will share another day) . We hosted two boys, Bill (7) and Jim (11). We had no intentions of adopting. Our desire was to expose our church, friends and community to older children in need of families and hopefully find them adoptive families. For others to see that they are just normal children desperately seeking the love and stability of a family and home. During the six week of hosting we were not to discuss adoption, just hosting, as not to get their hopes up in case adoptive families were not found. We had a fun filled, action packed 6 weeks with both boys, however I could never read how they were feeling and with limited language we really couldn’t have deep conversations. Several families expressed an interest in Bill, but he ended up not currently being free for adoption. I knew Jim fit in easily with our family but again, we had no intention to adopt. Our previous adoptions from China and Ethiopia had all occurred prior to Hague and we had used our same home study for all of our adoption both international and domestic by just updating it and there was NO WAY I was starting the home study over from scratch with a different agency. Between keeping our foster license current and pretty much constant placements on top of caring for our 8 kids, the thought of the home study was to much to even consider. Considering I didn’t have the time or energy to even write a blog post for two year 🙂

The last week of hosting we were all sad as we counted down each day. The kids flew out of Atlanta and had to be at the airport at 4am so I took Bill and Jim along with Zoe, Samuel and Elizabeth up the day before and enjoyed the aquarium before heading to our hotel for a few hours of sleep. We got settled and I crawled into bed to watch tv beside Jim & Bill and the reality hit us and the waterworks came. No words were exchanged, they weren’t needed. Our mutual bond of love was undeniable! Jim and I held tightly and cried big ugly loud tears for a while. Poor Bill was probably traumatized 🙂 He is precious and so sweet but has experienced a lot of loss in his young life and is very detached emotionally. He didn’t show any emotion. Eventually Jim and I went to another bed in a connecting room so the others could sleep. Jim and I held tights and cried silent tears until our wake up call came, no sleep, no words, just knowing and confirming a deep deep love had been established in both our hearts.

We arrived at the airport with swollen eyes but reuniting with his friends, the other host families and chaperoned kept us distracted for a while. Too soon we were all led to the area where we would say our final goodbyes. Jim and I curled up in a ball on the ground and hugged and cried big ugly hysterical tears again until there was no time left. Watching him ride down the escalator It felt like I was losing a child. It felt like a death because at that point I had no idea if we would be able to adopt him or ever see him again. I knew I loved him as my son wether he returned to Alabama or not. It was a quiet ride home as the tears continued to come. I tried to gain my composure as we returned but it was pretty much 3-4 days of lots of tears, I avoided leaving the house and when required I kept sunglasses on to hide my red swollen eyes. I’d be ok and then my 3 year old son Traye would wake up and say “Where’s Jim & Bill” and I’d lose it all over again. While we had no plans to adopt and had never even discussed it, Cole knew that I would be getting a Hague approved homestudy started ASAP 🙂

We were led to believe from the beginning that Jim was free for adoption and his file had just been removed from the system during the hosting so host families would have the first opportunity to adopt. We were busy working on our paperwork and checking with the agency every week wondering when we would have his official referral. Finally I got a return call that his file was being prepared! We celebrated! Two days later Cole cautiously brought be his phone to read an email he had received and thought I needed to be sitting down. It was from someone at the orphanage who loved our Jim as much as us, who saw him returned a different child and with a clear great love for our family! She let us know that upon his return how clear it was how well he had been loved and how much he loved us in return. They were all excited to see his adoption move forward and they had been confused as to why is wasn’t. Upon researching they discovered that prior to hosting he had actually been matched to a family in Spain, the director had told no one. Not a believer himself, the director had no concept of the great love that only the Lord could have established between us. The director however knew upon Jim’s return and his excitement over our family and the clear love and bond we had that what he had done was very wrong. We were told that although he could get in trouble, he was going to go to the CCCWA and explain the situation and advocate for his file to be transferred. Needless to say it was a day filled with more tears and many prayers, knowing the love I felt so strongly but also trusting God’s plan because I know He loves Jim more than me! My heart also broke at the thought of the family from Spain losing his referral. From our previous adoptions I knew how much I loved my children when all we had was a referral photo. They were mine and I loved them as much as my other children even though I had never touched them. My heart broke for them, my heart broke for us, my heart broke for Jim….. all we could do was pray and wait for the Lord to make His plan clear.

Weeks passed, each day feeling like torture, I physically felt ill, he was MY son, I just didn’t know if I would ever see him again and it was a horrible, horrible feeling! Many weeks later we finally received word that they had explained the situation to the officials at CCCWA, Jim had writer a letter expressing his desires, the family in Spain had been given another referral they were happy with and Jim’s file would soon be available to us. What a day of celebration, however we remained cautious. The entire process had been filled with too many discrepancies and at this point, until it happens I won’t believe it. FINALLY we received his official referral, we submitted out letter of intent (LOI) and we were granted preliminary permission to adopt (PA). We were told the adoption process would be expedited for the host children but every- single- step was delayed. The China official requested more information, US Immigration requested more information but finally the GLORIOUS day came when we were granted travel approval! OUR SON IS COMING HOME!!!!

Here are some photos from our 6 weeks together