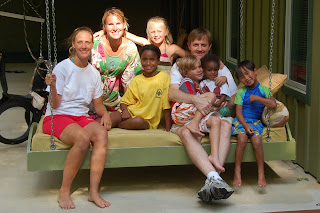 I’m finding it hard to blog this summer with the kids keeping me so busy, but I am uploading pictures on Portis.org so you can a least see what we’re doing if I’m not writing about it 🙂

We celebrated the 4th of July at the lake this year and we had a blast.  Last summer we were never able to get in the lake because of the drought and low lake levels.  We decided while we had water ( it is currently dropping quickly….. come on rain) we would enjoy a week or so at the lake and the kids had a great time fishing with papa mike, eating nana’s good food, performing VBS songs for each new visitor, canoeing, power boarding, tubing, riding the banana, knee boarding, and learning to ski.  SK learned to slalom, Elizabeth and Zoe both go up on the ski’s and Jon Cole and Zoe learned to Knee board.  I’m so proud of them for trying so many new things and not being scared.  We have some dare devils on our hands.  Even Emme rode the banana and tube with me…. got to start them early.
After a few days at home, doing laundry and recovering, we are now at the beach with Cole for a conference.  When we got here my friend Luke, the beach chair guy, told me Jessica Simpson and Tony Romo  had just left days earlier!  While I would have liked to see them in person, I’m glad I didn’t have to lay next to her on the beach 🙂  I always like to be next to the pregnant woman!  Anyway, he was staying in the house next door to our condo with his friend, and current Head Coach of the Saints, Sean Payton.  When we went down to the beach late yesterday afternoon the coach was playing football (surprise) with his son and a few friends he had met on the beach.  While we all played on the boogie boards Elizabeth went to stand on the sidelines and watch he game.  Eventually they asked her to join and she was thrilled, even though she had no idea who she was playing with.  When I later old her she could still care less, but was disappointed when I told her there were no professional women football players.  She is definitely my daughter.  I always played football with the boys in PE and enjoyed climbing trees and playing in creeks.  While she has a tom boy side, she is also very feminine and loves to dress up, put on make-up and perform.

(this is a picture of Jessica and Tony eating at the Taco Bar in Sea Side, just in case you thought it was me 🙂  )
Anyway, here are some pictures, I know you probably want to see them more than “hear” my ramblings. 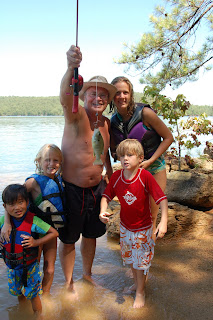 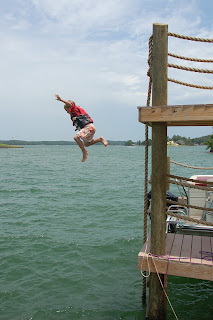 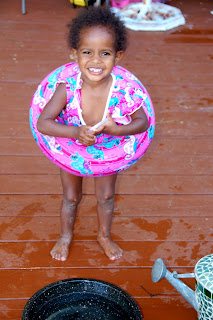 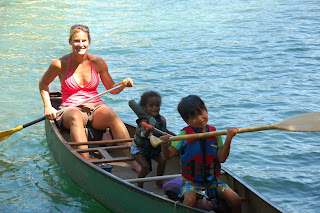