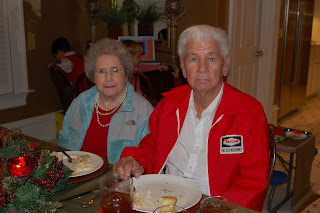 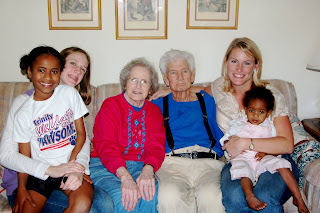 INGRAM, Keith P “Pat”, 86 a longtime Prattville, resident passed away Saturday April 5, 2008. Funeral services will be held on Monday April 7th at 11:00 AM from Ridout’s Prattville Chapel with Chaplain Robert Sandifer officiating. Burial will follow in Prattville Memory Gardens with full Military Honors. Mr. Ingram was born on November 21, 1921 in Ft. Payne, Alabama to the late Elmer and Lois Copeland Ingram. He was a 1942 graduate of Newberry College in South Carolina where he lettered in various sports. A promising baseball career was cut short when he entered the U.S. Army Air Corp during World War II. After the war, he continued to serve in the newly formed United States Air Force Reserve and achieving the rank of second lieutenant. In 1966 while working with Union Camp in Savannah, Georgia he and the his family relocated to Prattville while he continued working in the new Union Camp Mill upon it’s opening. He retired from the mill after many years of service as a maintenance supervisor. He enjoyed retirement and loved spending time playing cards and golfing with family and friends. Mr. Ingram was preceded in death by a brother Wyman Ingram and a granddaughter Beth Edwards. He is survived by his wife Daisy Ingram; two daughters and sons-in-law, Pam and Gary Moore of Rincon, Georgia, Patsy and Carl Moring of Deatsville; two sons and daughters-in-law; Bobby and Gail Ingram of Deatsville, Dr. Danny and Kelly Ingram of Prattville; three step sons Mike and wife Jo Mikell, James Mikell and Steve and Wanda Mikell; eight grandchildren Dena Alexander, Tony Ingram, Jennifer Davis, Christa Gnann, Angel King, Tess Moore, Tyler Ingram, Stabler Ingram and nine great grandchildren. His grandsons will serve as Active Pallbearers and Honorary Pallbearers will be his friends and employees of The Pines Golf Course, two special golfing buddies Greg Wilson , Scot Ward and former fellow employees of Union Camp. Visitation will be held Sunday afternoon from 4:00 to 6:00 PM at the funeral home The family would like to extend a special thanks to Drs. Kevin Coady, Eric Crum and their staffs, Southern Hospice Care and Vista Care Hospice, and the staff of Hickory Hill Assisted Living. Memorial contributions may be made to the American Heart Association or to the Autauga County Humane Society. Ridout’s Prattville Chapel Announcing
Grandaddy Pat was officially my “Step” grandfather, but he was married to my grandmother when I was born, so three sets of grandparents are all I’ve ever know.  I probably spent the most time with him out of all his grandchildren and I have many wonderful memories that I will cherish!  I spent a lot of time with them while my parents worked when I was little.  I took a many a naps on his big round belly in their living room floor.  We always made a Mc’Donalds pancake run on weekends and spend many hours in the golf cart and being pulled on the tractor.  I also got to spend a couple of weeks with them each summer in heir trailer at Panama City Beach.  We spent our days swimming, in the game room, at Miracle Strip, Ship Wreck Island and playing games with our campground friends.  Grandaddy Pat loved to go to the dog track.  Every year he would let me read the bulletin and pick my dogs for a race and EVERY year I would have won and picked all three winning dogs in the exact order.  I thought I had the best luck ever but now I laugh knowing his sweet trick.  Grandaddy Pat was a wonderful handy man.  He built me the most beautiful doll house that I can’t believe my mom let me sell at a yard sale:-) what I wouldn’t give to have that again.  He could build or repair anything and was still trying to get on his roof in his 80’s.  He loved playing golf and working with all of his grandkids at running and baseball.  He was a wonderful grandfather and I am so blessed to have spent as much time as I did with him.  I will miss him greatly but will cherish our memories forever.

Named to Sports Hall of Fame

Keith Pascal “Pat” Ingram ’42 was inducted into the Effingham County

back to Springfield, GA, he joined 25 others at gala ceremonies at the

school and earned all-state honors on the gridiron.  He received a full

scholarship to Newberry College to play football, but he also played on the

baseball team.  During the summer he played baseball in the Dutch Fork

League.  After his military service during WWII, he soon moved to

Savannah, GA and worked for Union Camp Corporation.  He continued to

play baseball until 1956 and had a lifetime batting average of .323.  After